Step out of your comfort zone and get an exceptional view of Cape Town in a microlight.
END_OF_DOCUMENT_TOKEN_TO_BE_REPLACED

Unexpected rain overnight, splattered the dust and cooled the morning. We stood, takkies in hand, ready to splash from the Maramani Community Base Camp in Zimbabwe, across the Limpopo River into South Africa, for the last leg of our trail run into the wild places of the Greater Mapungubwe Transfrontier Park. 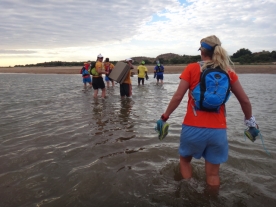 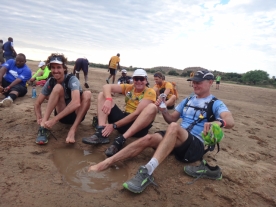 Elephant dung cooled and pools of urine marked the path, lion spoor lay fresh over the large lilypad steps of the pachyderms. The rangers paused and held us back, checking the dense riverine undergrowth, before waving us forward. 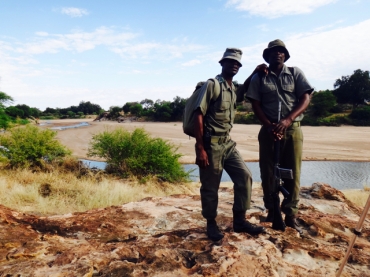 An old SADF vehicle and barbed wire fenceposts, slowly rusted away the history of old border wars, reminding us that these Parks were once the last bastion against communism and the “gevaar” Africa represented to the Nationalists.

We jogged on, vigilant for far more present danger. The confluence of the Shashe and Limpopo rivers, was marked by a deep pool and a Fever Tree. Beyond, Zimbabwe and Botswana loomed, no more than a stroll over a dry river bed. 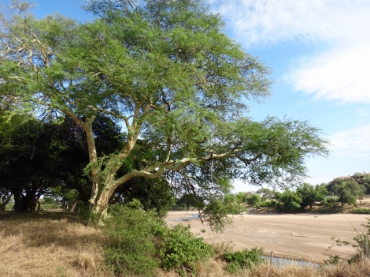 Across the veld, against a backdrop of sandstone and conglomerate ridges, elephants stretched their trunks up into the trees. We stopped in the valley, watching them ambling silently through the Mopane scrub, as we munched baby potatoes and sourworms, sipping our morning tea. A pair of black eagles swooped above us, hunting the dassies scurrying over the rocks. 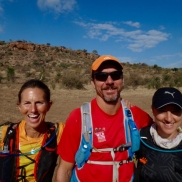 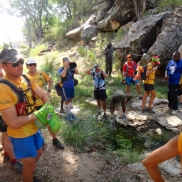 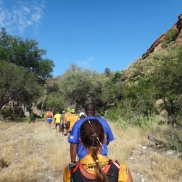 We ran on timelessly through the land, our bodies synching into the rhythm of the herd.

Three bodies buried in massive clay pots, with a wealth of beads and bangles, led archeologists to Mapungubwe’s Lost City of Gold, where communities an aeon ago, lived and played and worshipped their king. 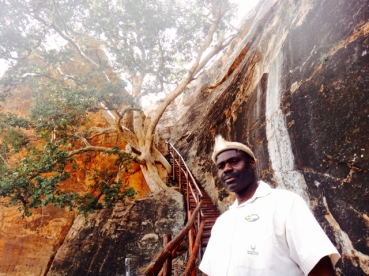 We climbed the 147 steep steps up to the summit, guarded by scores of Baobabs on the surrounding hills. We stepped onto sacred ground, foundations of huts and shards of pottery and beads still evident, transported into an era of early trade with the Arabs, and a peaceful community living off a fertile land. Sadly, the community suffered a period of great drought and disease, and moved away – possibly to Greater Zimbabwe.

Many of the local runners, rangers and officials, who had joined us on the tour of the site, found the experience profound, never having had the privilege of experiencing the place, but realising that their ancestors could have lived there.

10km to go, we raced over rocky tracks, through fine red silt and down to the Limpopo for our last race crossing back into Zimbabwe and the Maramani Community Base Camp. Although we had previously seen crocodiles in the river, we abandoned all fear, splashing and playing  in the water to the finish of our 90km three-day journey. 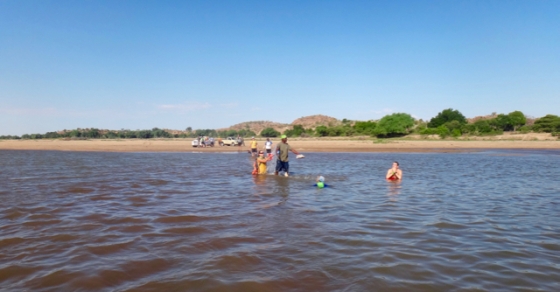 A final night around the campfire. Eland steaks, mielie pap and sauce topping an extraordinary day, the stories unfolded and the stars came out to play.

Massive thanks to the team that successfully pulled off the World’s first Transfrontier Wildrun. Three outstanding and mind blowing days of cruising the game trails of this ancient landscape. Thanks to the phlethora of immigration and customs officials from all three countries who worked with Wildrun to unlock this iconic primal running experience. Special thanks must go to: Owen and Tamaryn Middleton of Wildrun, Roland Vorwerk of Boundless Southern Africa, Marion and Fran Siebrits and their crew for the delicious catering, the Wildrun team and the SANParks Honorary Rangers for working so hard to look after the participants and make this event exceptional. Then of course to all the landowners, Sentinel Ranch, Shalimpo & the Northern Tuli Game Reserve, Peace Parks Foundation, the team from Mapungubwe National Park and others who helped to make this event a reality.

Really looking forward to what will most certainly be a capacity event in 2017.